I was dating a woman with Dutch parents for a short while in the late '90s. Her father had served in the Dutch military and had been shipped to one of the former colonies in Indonesia. As part of their jungle training, the soldiers had been taught not to use soap on their skin as it would strip the body's natural oils that defend against infection and parasites. 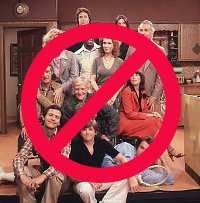 And the jungles of Indonesia contain some terrifying pathogens and parasitic creatures indeed.

After returning to the Netherlands, I guess he had reverted to the common -- yet not stereotypically European -- custom of washing with soap. However, on that particular autumn day in 1997, in the midst of a large family gathering, he decided to inform me that he had once again given it up. I remember scooching ever-so-imperceptibly away.

On New Year's Eve of last year, I happened upon an online discussion of going without soap or shampoo. "Now there's a resolution for 2010," I thought.

And so, I have gone soapless and shampooless for the past three months. It was only after two months had elapsed that I revealed all to my wife. She didn't seem the least bit bothered. No one else seems to have noticed either. About the only difference I've found is that my hair is a bit frizzy, so I'll have to keep it cut short -- you'd think it would get greasy, but it doesn't.

Now, I do wash my hands with soap or antiseptic quite regularly: I spent a good chunk of this winter in hospitals and didn't want to catch or transmit anything. Otherwise, I credit my invisible shield of oil for keeping me healthy all this time.