You just knew it would take something of real significance to force me to blog after a nearly-two-year hiatus. And this is that something: 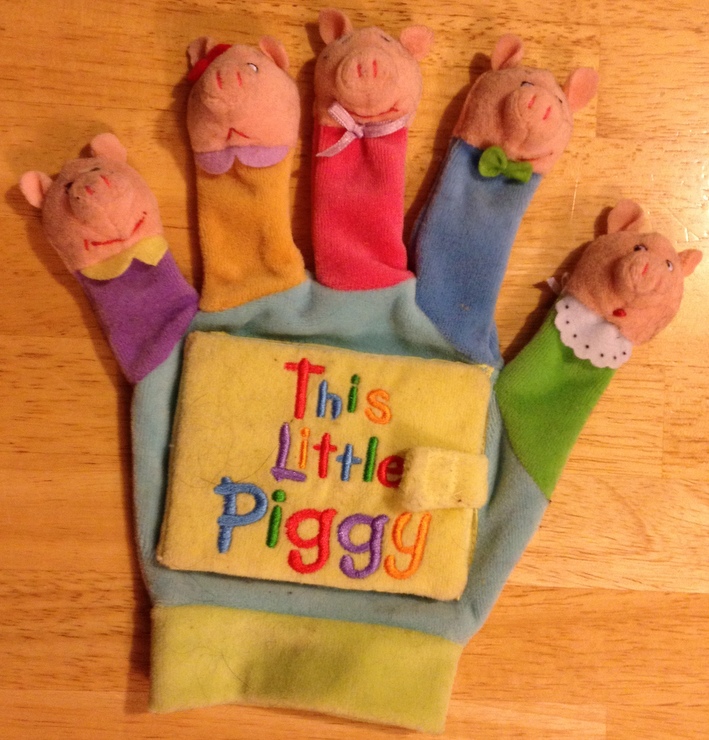 Seems innocent, no? A cute multicoloured glove with a story book sewn into the palm. Perfect for reciting the age-old nursery rhyme to captivated little ones.

But aren't the little piggies supposed to be recited upon one's toes?

Ignoring that slight miscalculation (in truth, a book fashioned for the sole of one's foot is best marketed to the yoga crowd), we turn to the first page: 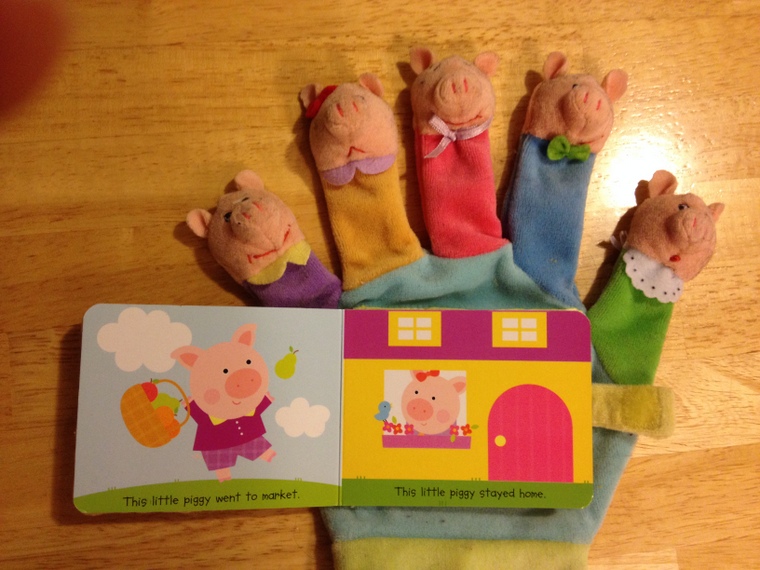 Off to a seemingly good start. Happy piggies. Oh sure, the yellow collar on the first piggy and the red bow on the second piggy makes me uneasy for some reason, but I'll let that slide for now.

On to the next page: 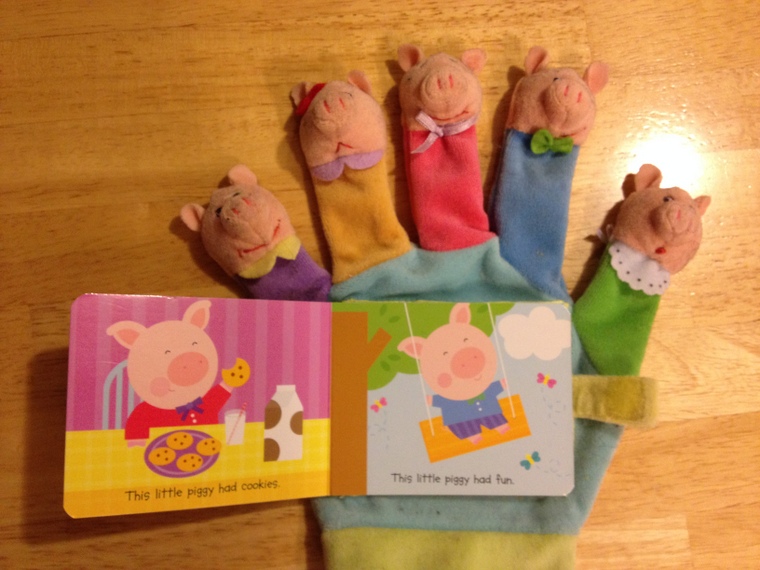 (In the universe of the beef-eating piggies, what do you suppose the cows eat? Shark fin and chilean sea bass gumbo with white rhino horn sprinkles?)

And that next piggy, to quote the author of this travesty, "had fun." Oh no he didn't. That next stinkin' piggy had "none". No roast beef. No cookies. No nuthin' is what that piggy done had, as punishment for some unmentioned piggy transgression.

So, we're piling on the piggy fail here, and yet the neckwear -- a purple string tie followed by the green bow tie -- is still unsettling. 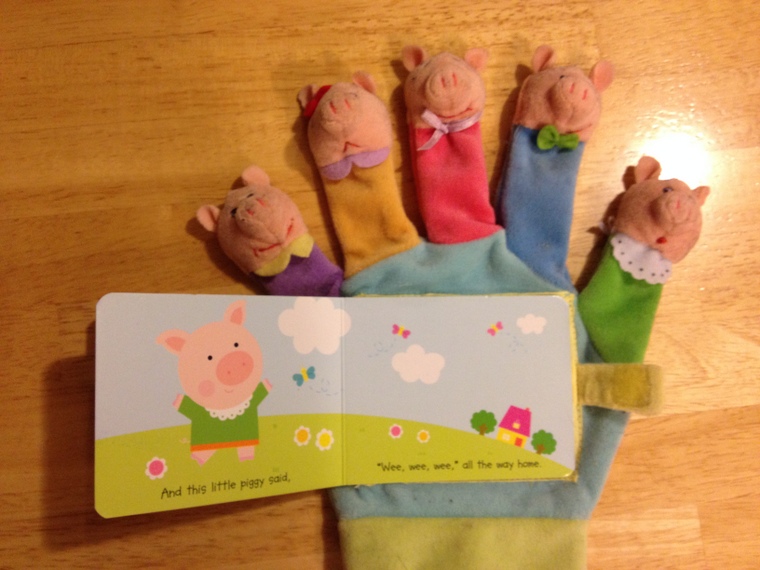 Seemingly a minor detail, that last piggy is usually said to have "cried" wee wee wee all the way home. He -- or she, apparently -- didn't just vacantly "say" Ned Beatty's line. Wikipedia's got the facts.

And yet that white lace around the neck of the last piggy is again somehow unnerving. Oh, I see, the piggy shirts and neck accoutrement from the book match the piggies on the fingers. But this last green-attired piggy corresponds to the thumb of the glove. Which means... THEY'VE GOT THE PIGGIES BACKWARDS! The "wee wee wee" piggy is supposed to be the pinky toe! Or at least the pinky finger, if it's gloves on the menu. The entire premise of the story is ruined if you cast the ungainly big-boned thumb in the "wee wee wee" role.

What innocent child would delight in a rhyme featuring a goddamn thumb as the protagonist?