Actually, three sheds fused into one; no two of which agree on plumb or level.

A wood shed is a standard feature of most properties in the Yukon. Absent one ourselves, we took to throwing plastic sheeting over each year's firewood pile. Combined with my just-in-time-splitting policy, that made for poor, steamy burning. It also made for a grumpy wood-splitter since I was the only one who could swing the big axe.

So, after many months of idle thought, I sat down this summer and sketched a rough plan on the back of a convenient FINAL NOTICE envelope. The design is based upon the sole lesson I retained from a civil engineering course: put a triangle wherever it might fall over. 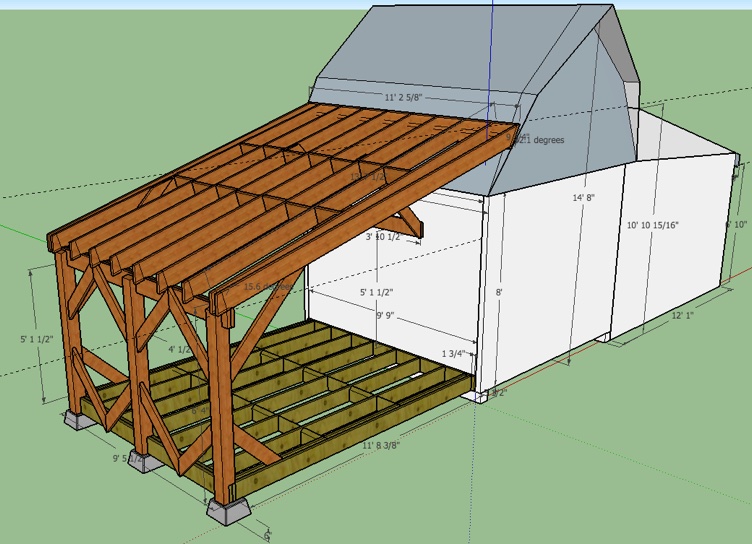 Nothing more than a floor, a roof, and three gravity repulsion units (or "posts", if you prefer, Your Majesty).

This animation contains a few cheeky door flashings that may be upsetting to some viewers. 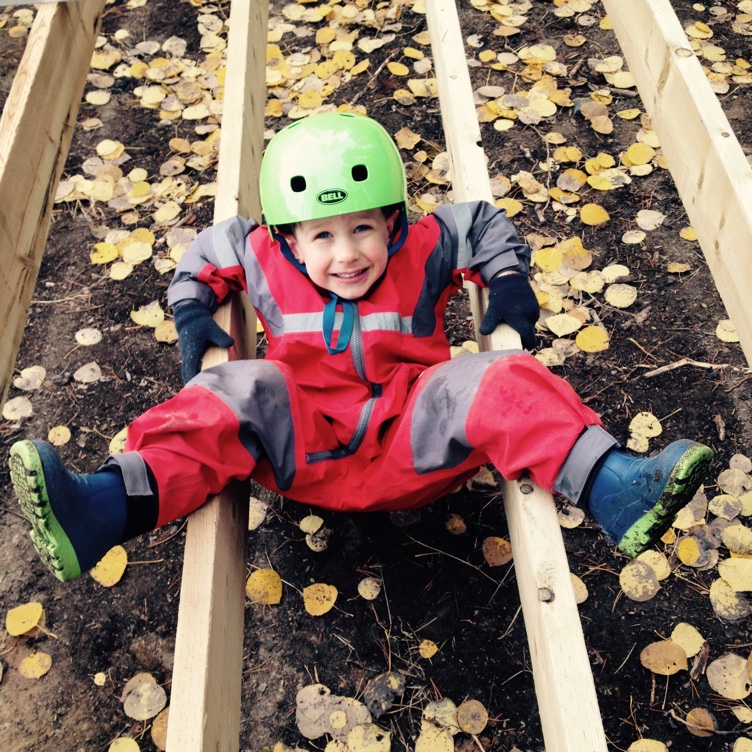 Now that's what I call a "joist hanger."

Just dealing with all of the wood meant building lumber racks out back. 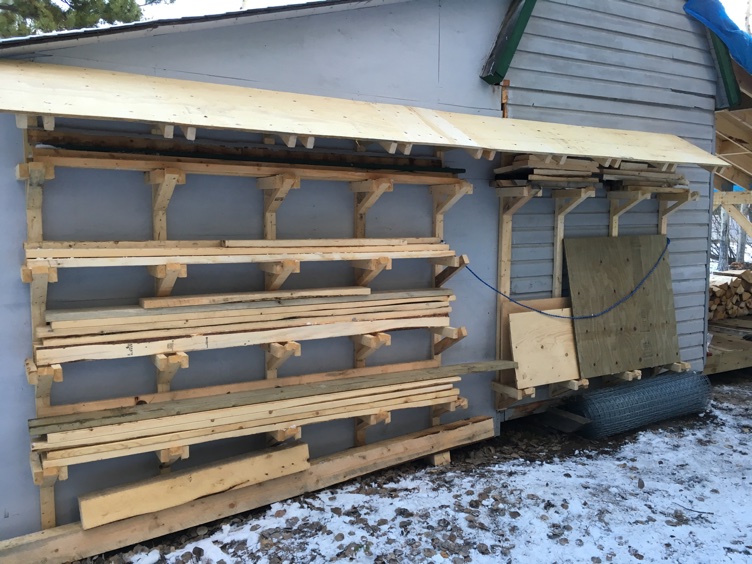 Imagine all of the possible future projects that won't be built with this lumber.

Shingling will have to wait until the spring, so I wrapped the roof in a festive blue tarpaulin for the winter. I guess we'll finally have to put a proper duvet over the bed.

All told, there's about $1200 worth of lumber, $500 worth of fasteners---mostly wrong bits that I'm sure will prove useful someday soon---and then there will still be more needed for asphalt shingles.

Sadly, I didn't get to use my table saw much. My fingers are all intact though, so, you know, "glass half full." 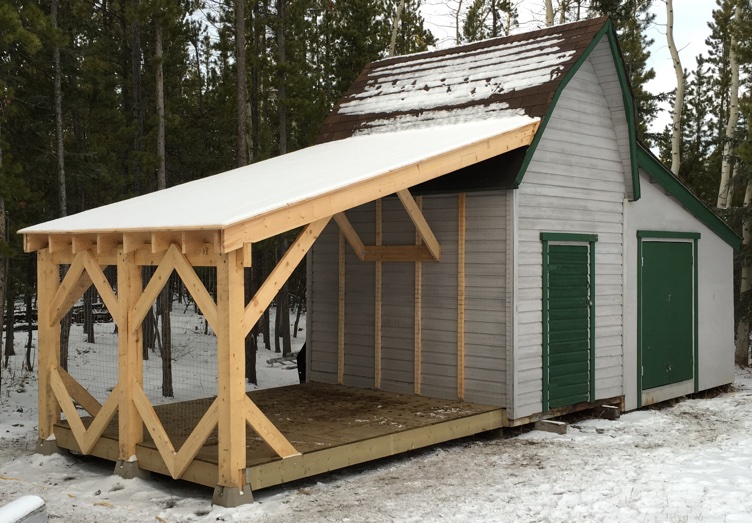