For my first programming contract as as a private businessman, I was paid with a moose dinner and a hand-knit Icelandic sweater. I had written a small desktop database program to permit the quick 'n easy entry of Yukon civil and criminal court case decisions. It would then spit out these decisions in many eye-pleasing formats that would then be bound into thick legal volumes, of the sort most commonly seen lining the studies of late-night TV lawyer commercials.

"Software never rusts" is a saying in my profession, and this program -- called caseBase and featuring my little dude in a barrister's wig and robe as its icon -- bears out the saying, generating law library lining to this day.

Since it's still running, I still support it, but the payment currency has changed somewhat, and for the better: 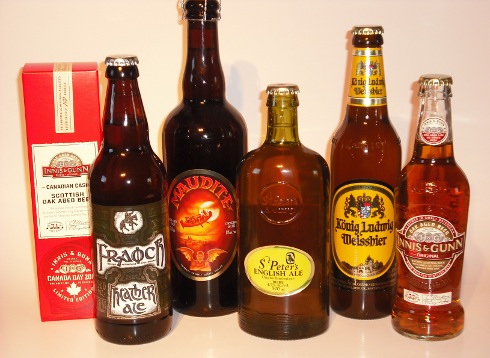 Six exotic friends in a row.

Now, twelve or twenty-four bottles to a box is a fine thing, but a single bottle in its own box is something rare indeed.